We have a little bit for everyone this week with stories about Pontilly, orchids in the U.S., business tips, and of course personal stories from members of the Association of Personal Historians. Sarah White writes about her experience as she visits New Orleans after Hurricane Katrina in A Vision for Pontilly: 10 Years Ago Today. “Pontilly was the… Read More »

It was my client Patricia Lee’s cherished childhood memories of her Irish grandfather that led to her first visit to Ireland. Gramp, as she called him, was officially named Patrick Egan. In her memoirs, writing about her grandfather, she recounted, “I was eighteen when he died and it wasn’t until many years later that I realized he had a certain… Read More »

As I closed the last cabinet door in my parents’ wall of bookshelves, I felt a deep sense of sadness. I had searched the whole house, hoping that I might find my mom’s life stories written down somewhere. Although I didn’t find what I was looking for, I discovered inspiration. I knew I had to find a way to… Read More »

This is your year for family history. The planets are aligning, time is shortening, your resolve is stiffening, and you are lucky enough to have stumbled on the world’s greatest resource for the would-be family historian: the Berry Basket! No, this is not a column targeting children of the Appalachians nor am I suggesting that when you start… Read More »

Dan is a personal historian, an award winning documentary filmmaker, adult educator, and certified life coach. He has been a documentary filmmaker for the past two decades and has focused on stories of a personal and intimate nature. Labour of Love, broadcast on CBC’s Witness explored the challenges of family caregiving and was the first place winner of the U.S. National Council on Family Relations media awards. His series for the National Film Board, Bearing Witness, broadcast on the Documentary Channel, looks at the lives of three individuals who are living with a terminal illness.

How to Eat an Elephant

When Linda went through the experience of sorting and emptying her elderly parents' long-time home, it was a defining moment for her. She was already interested in family history and genealogy, but losing the family home, losing her father, and losing many family stories that will never be recaptured gave Linda a mission to help preserve the stories of others. Now Linda works with clients to help preserve and share their stories. In 2012, Linda was named Executive Director of the Association of Personal Historians. Visit Linda at: HistoryCrafters

Susan Owens is the owner of Tales for Telling, LLC, in Lexington, Kentucky. She is a writer, a genealogist, and a teller of tales. Susan has been a member of APH since 2005 and relishes the opportunity to learn something new every day as she helps people share their lives, their love, and their lessons with the world. You can reach Susan at SOwens (at) talesfortelling.com

Things That Matter: The Ugly Dishes 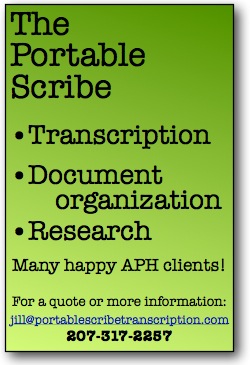 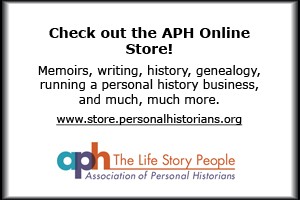 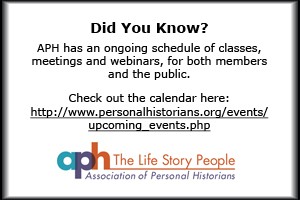 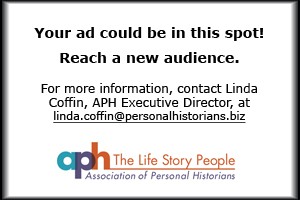